Behind the music with Kelly Menhennett: “Years living in the country led me to take my guitar out of my bedroom” 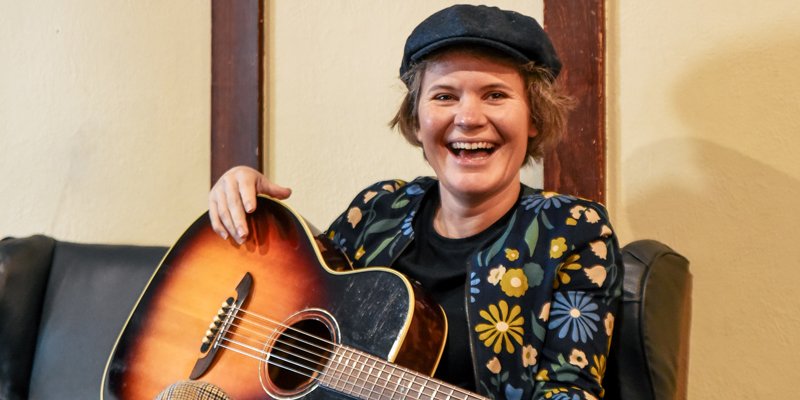 Coming from a musical family, Kelly Menhennett’s love of music was formed from a young age. After pursuing a career in wine-making, music eventually caught back up to Kelly, from intimate gigs at the local pub to eventually playing her soulful country folk and bluesy ballads in incredible venues all around. We caught up with Kelly ahead of her show with Chris Finnen at Foyer Fridays on Friday September 16th.

Describe your music in three words.

How did you come to where you are today? Was music always on the cards for you?

Music was always part of my life. My mother was a cabaret singer in the late 60’s and early 70’s, moving to Sydney to pursue her career. However, the challenges of the industry experienced by my mum (and dad) led them to discouraging me from a career in music. So growing up on vineyards I decided to follow that path instead and became a winemaker. Years living in the country with little live music led me to take my guitar out of my bedroom and to a local pub and then one gig or opportunity led to another and now I get to play incredible venues like the Woodville Town Hall!

Family lounge room sing and dance alongs around the piano or to records when I was a kid… closely followed by seeing Etta James perform live in Reno during a heatwave, coming out on stage with a walker but not letting that stop her from putting on an incredible show.

What influences your music?

Lyrically, some songs are from personal experiences although the majority of the songs I write are written about other people’s life experiences or fictional stories I’ve concocted.

Musically I’ve been heavily influenced by blues, soul, gospel, jazz and country and consequently, my tunes tend to fit somewhere in that realm.

What do you love about the music scene in Adelaide?

We have world-class musicians that call Adelaide home and because of that, we are able to connect, collaborate and easily soak ourselves in incredible music of all styles.

What can we expect from your Foyer Fridays set?

I have an incredibly talented bunch of local musicians who will be joining me on stage. They’ll be helping me bring each of my songs to life, spanning from bluesy ballads, soulful country-folk and New Orleans inspired grooves. There will also be a healthy dose of stories to bring some context to the tunes and most likely some poorly delivered jokes (apologies in advance).

Chris Finnen and Kelly Menhennett perform at Foyer Fridays Main Hall Sessions on 17th September from 19:00-21:00. Tickets are $20 from Humantix.